LLewellyn is getting his act together.

OK, so we have managed to move and kinda got settled, well the dust hasn't quite all gone yet due to fixing things up and decorating but the study is done so here we are. Having so many other things going on there was a bit of writer's block going on in my head but that was also because I couldn't figure out how Llewi managed to get himself flying. It took me a while to dream up (literally) how he managed it and once I'd got the scene in my head, it all happened rather easily and it is also rather funny too.
Jimbo and Erkules make an appearance in this next story, being helpful as usual, along with Phredber, Battibat, Sleepiehoo, Mrs. Witt, Mutt, Jessiecat, Kelly Kite, and quite a few others. It now looks as if this next book is going to be a heck of a lot bigger than the first Phredber book and I'm going to see a few different artists to cope with all the pictures needed to make it all work.
Of course, as I travel about, I meet up with all kinds of new potential characters. If you do bump into me at some point, be aware that if you are even a wee bit 'interesting' or just crazy, then there is a very good chance you could wind up morphing into a cartoon sort of character in the story as well. Just thought I should warn you! LOL The number of my friends who have been turned into animals and fluffy toys is a long list.
If you go to the 'Snippets' page, there is now a tiny bit of the start to the story of Llewellyn.

Ah, now where's that box I put that thingammygig in? ....

Ah, very naughty of me! I haven't done an update to this for waaaaay too long. Well that first print run became a bit longer than I expected, which is a good thing of course cos it means a lot more people get to read about Phredber don't they. Odd thing though; more books went all round the world than stayed here in the UK. Now there is one single bit of feedback I need to pay attention to, not exactly one as it came from several places. "It needs to be BIGGER!"
OK, so there is going to be a second edition and it will be bigger. Now here I run into a wee small problem. That means I need some more pictures and all the pictures need to be bigger too. That's why I'm going to have a word with my friend Tansy who seems to have a knack of coming up with loads of brilliant little pictures so fast it is amazing. So, watch out for news of the second edition now under way.

I have also been working on a second book about a character called Llewellyn who's a dragon and lives in the cave under Carreg Cennen Castle. Yeah I know you thought dragons were extinct or a myth but this guy was left behind as an egg ages ago and was found by Battybat, then hatched out by Sleepiehoo and Mrs Witt. I had a bit of trouble finding a toy dragon for inspiration as it seems the people who make toy dragons didn't want me using theirs! Well that's fine then, Llewellyn is a very different unique dragon and the toy one is too, well two of them really and three if you count the golden egg he hatched from as well. Maybe I will have to find a way to make more Llewellyns so that other people can have one. Right now he's a sketch in a book and I've packed the sewing machine because,...
Phredber is moving!
Well we all are, down to the south coast of Wales but all our friends in other places know where we are going to be, so they will still be in the stories. The new place will have a studio and even a studio lot for Kate Braven to make little films in. Those will turn up in here and Youtube as soon as the dust settles from moving and unpacking all the boxes. No doubt Phredber and co will have something to say about that little adventure or upheaval, depending on who you ask and what mood they are in I guess.

The first print run is on! You can order a copy from this website HERE or you can quote the reference ISBN 978-0-9933983-0-8 to order it from a book shop. Feedback from a few people is 100% positive so far and for that I am very grateful.

With the help of my good friend Aaron at PostDatum in Llandovery, there will soon be printed copies of Dandelion Diversion available to purchase. as it has been impossible to find a publisher to take on poetry for children, (yes, go figure!) I am becoming my own publisher as Pete Braven Publications. who knows, I might even end up helping other writers get their books into print but at the moment, it is the Phredber and Friends titles.
Oh and we have another character too. Wacky Patty is a rag-doll who just happens to fly stunt aeroplanes. She is named after Patty Wagstaff who has kindly given permission for me to use her name. I'm not sure if she really quite knows what that might do for her reputation, being a rag-doll I mean. She did laugh when I told her so I hope I do her justice. She one very amazing and inspiring lady.

Phredber was a scruffy bear but he was loved a lot,.. the first line that popped into my head when this whole idea was little more than a dream. the very first poem was entirely a stand-alone item and at the time I wrote it, I had no idea how much that fluffy bear would affect my time! I should explain that it was Katy who actually won him at a fairground, in Paignton in Devon. According to Katy, I've pinched him but I haven't really, I just wrote a story about him. As I also have a whole load of other characters here and a few things like models they look cool with, or in, I have come up with a whole little world of adventres because basically, I'm just a big kid at heart. Continue Reading »

We've been out exploring the places where the stories take place. Also some places that inspire the next ones too. We went to Carreg Cennen Castle where Llewellyn, Llewie to most of us, lives under the castle in the cave there. Then there is Dinefwr Park and the manor house and castle there, as most of the first story is based on places and little streets in Llandeilo. It's such a cute little town and has a toy shop that sells many of the characters featured in the stories. The whole place looks like a fairy tale anyway, without me writing anything!

Gelli Aur or Golden Grove is a sadly empty old manor house just outside Llandeilo. I found out about it from a book by Liza Campbell called "Title Deeds" which gave me a slightly different perspective on the place. Sometimes even places that are like this, neglected and empty, still have a story to tell all of their own. The arboretum there is full of amazing and beautiful trees and the gardens, although over-grown, still have a kind of magic to them. That's all stuff to create stories from. See Where We Went »

Prints from the book, created from the incredibly detailed art of Bernard Stokes, will be available to purchase. Four of them are already featured on the Prints Gallery.Take a look » 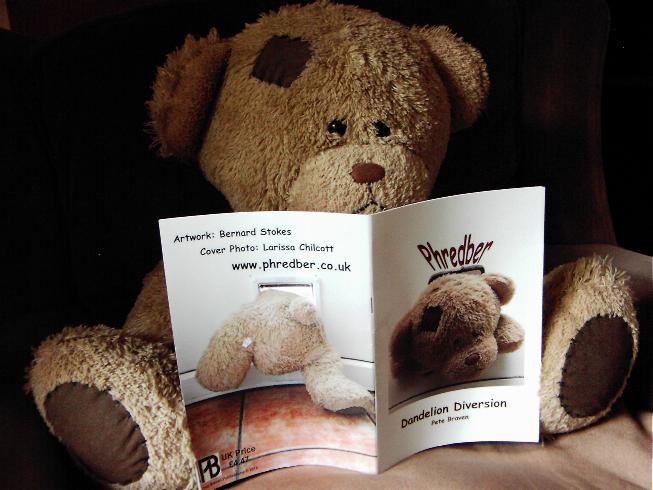 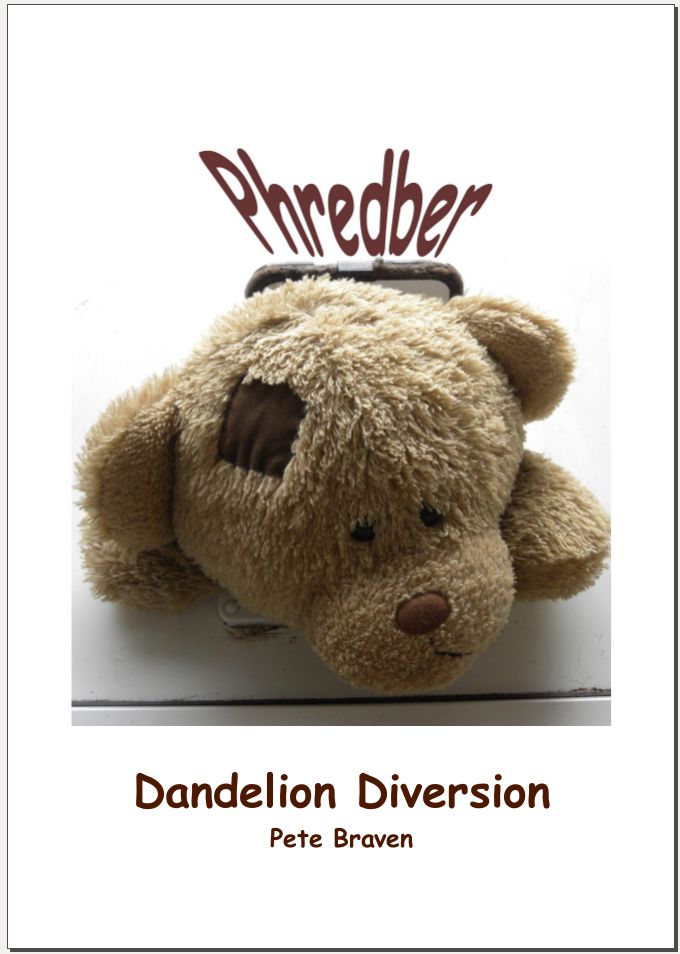 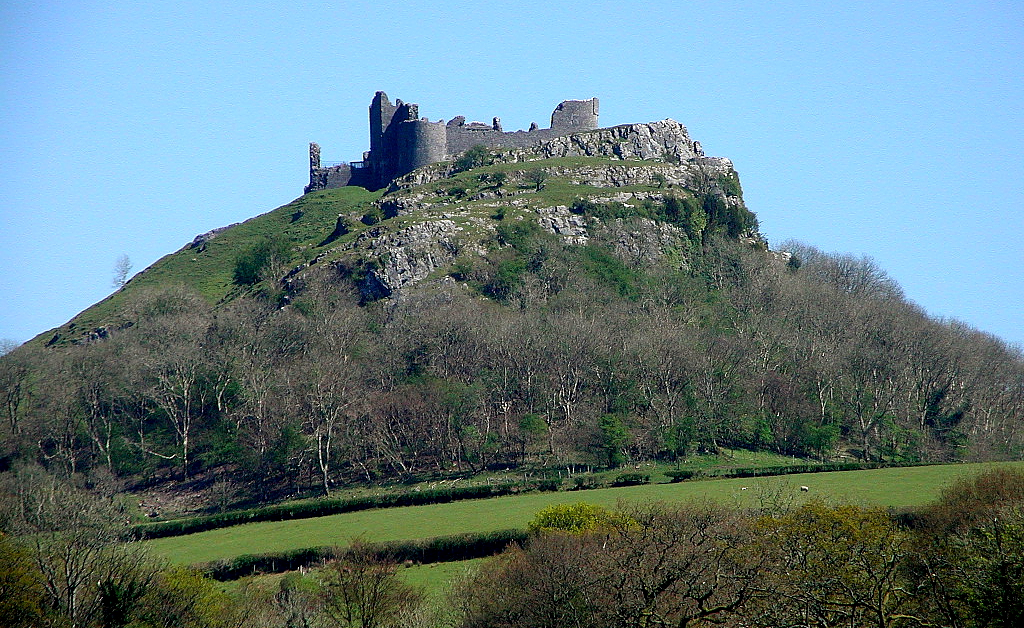 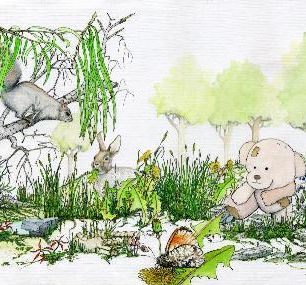